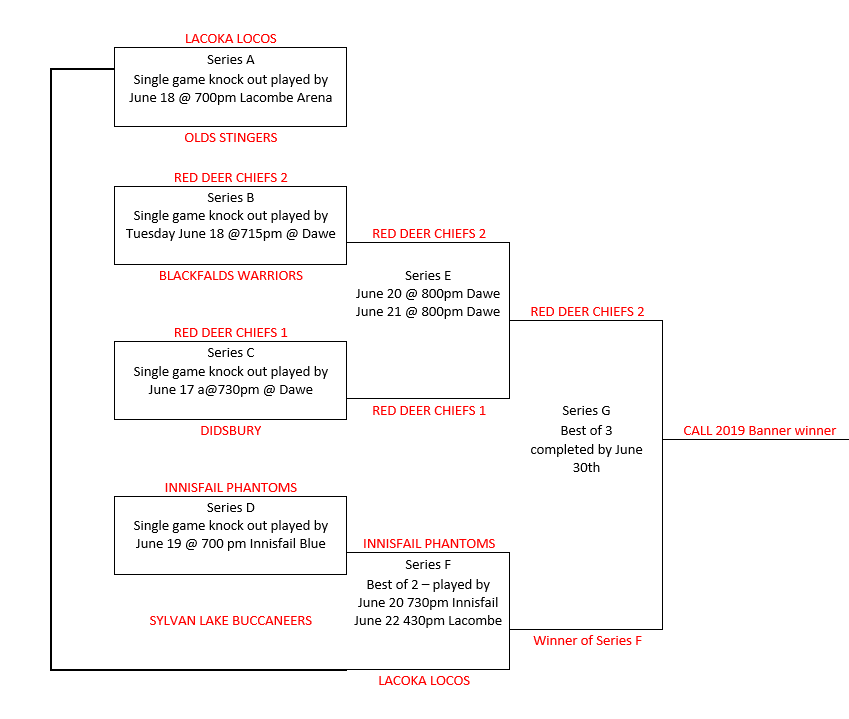 Top seeded team is to host or have choice of arena.  Games must be scheduled by 700 pm on June 17.  Teams will have a very good idea if they are going to end in the top 4 and should contact there scheduler asap to ensure they have a floor time on June 17,18 or 19.

Reseed happens.  Next is a best of two series total point for and against. If tied at the end of the second game then there will be a five-minute rest, the teams will play twenty minute stop time periods, with ten minute rest between each period until a goal is scored (sudden victory)

Top seeded team chooses if they want home for first or second game.

Must be determined by June  19 or CALL will decide.

Top seeded team gets to pick which 2 games that they will host. Must be determined by 1200 pm on June 22 or CALL will decide.

Championship series will be played June 22-30, week night games are to start no earlier that 700 pm and no later than 800 pm.

Manage your identity from the palm of your hand to the top of your desk.